The European Union and Central Asia: the results of joint project on water cooperation

The dialogue on water issues between Central Asian politicians is important, given the geographical features of the region, the historical context and socio-economic conditions. Central Asia is a territory that connects Europe, the Middle East, South and East Asia. This is a key geopolitical region with a unique historical background: after the collapse of the Soviet Union, countries of this region inherited a number of controversial environmental issues. Attempts to replace outdated water management systems with new market laws were not so successful, and the imbalance between consumption and distribution of water in the region only aggravates the situation.

However, there is a positive experience that proves that the introduction of the principles of international water law can be mutually beneficial for countries and be the key to sustainable development of Kazakhstan, Kyrgyzstan, Tajikistan, Turkmenistan and Uzbekistan.

In this context, on November 21, Almaty hosts a conference on the occasion of the end of the European Union’s project “Promotion dialogue for conflict prevention related to water nexus in Central Asia. Central Asia Water Nexus Cooperation (CAWECOOP)”. 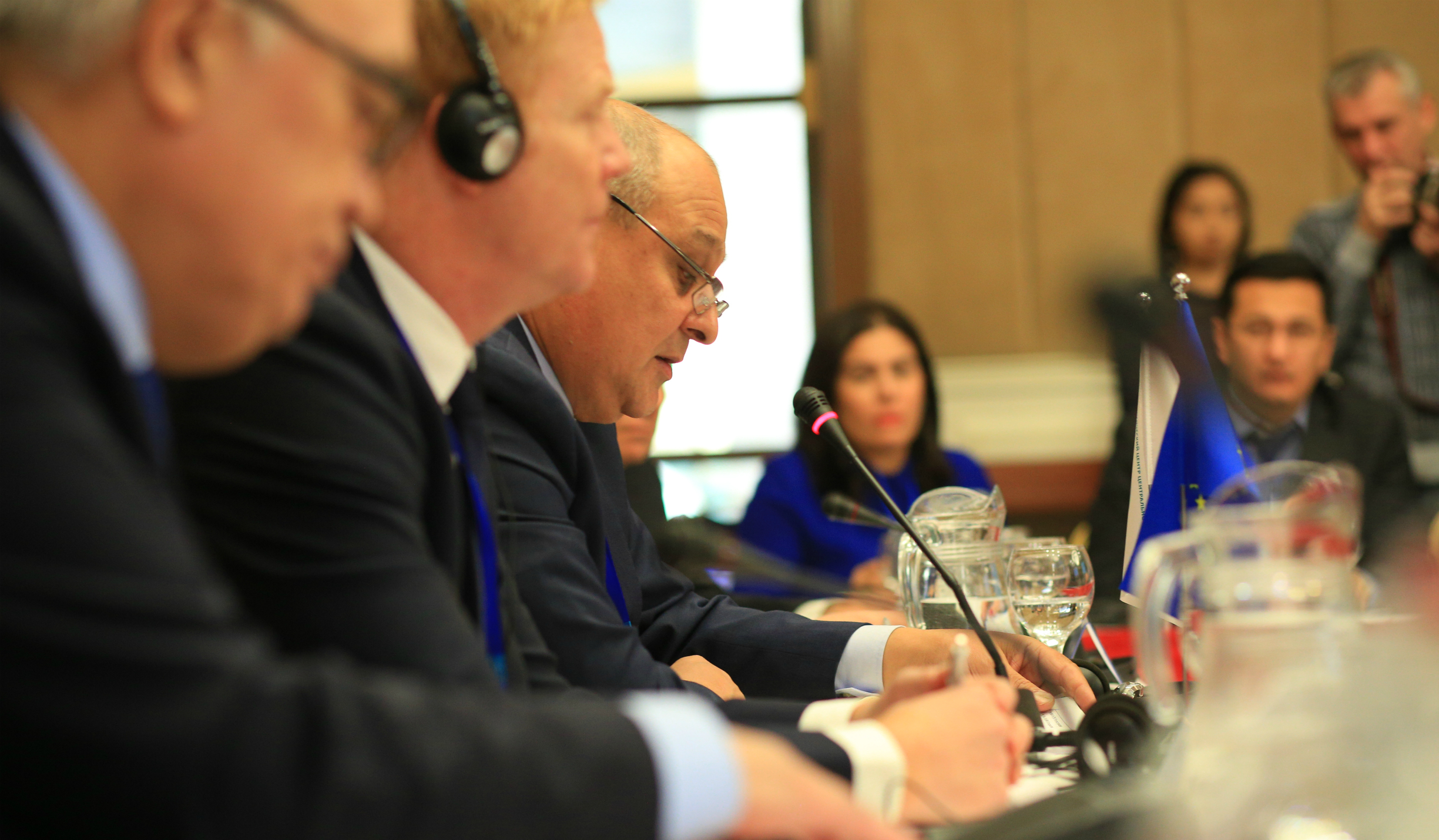 "The results of the project demonstrate that intercountry trust in Central Asia is growing, and this is the result of regular interaction and an open exchange of views and knowledge," Dr. Iskandar Abdullaev, Executive Director of the Regional Environmental Centre of Central Asia, opened the conference. - Without a systematic partnership and dialogue on transboundary water in the region, serious competition for water resources can arise. We and our partners are working on small rivers, supporting the work of regional working groups and promoting a comprehensive discussion of these issues."

Abdullaev stressed that the de facto countries of the region are at the point where the lack of dialogue and stop of the launched discussion on water has a price:

"Today in the region there has been a common understanding that ignoring the issues of joint use of natural resources is more expensive and simply economically unprofitable. The losses of the region in the absence of partnership in the aggregate are at least $ 4.5 billion. "

The final conference demonstrates the main results and further steps to ensure their sustainability. It is attended by representatives of foreign ministries, parliaments, agencies on water management and environmental protection in Central Asia, as well as international organizations and NGOs. 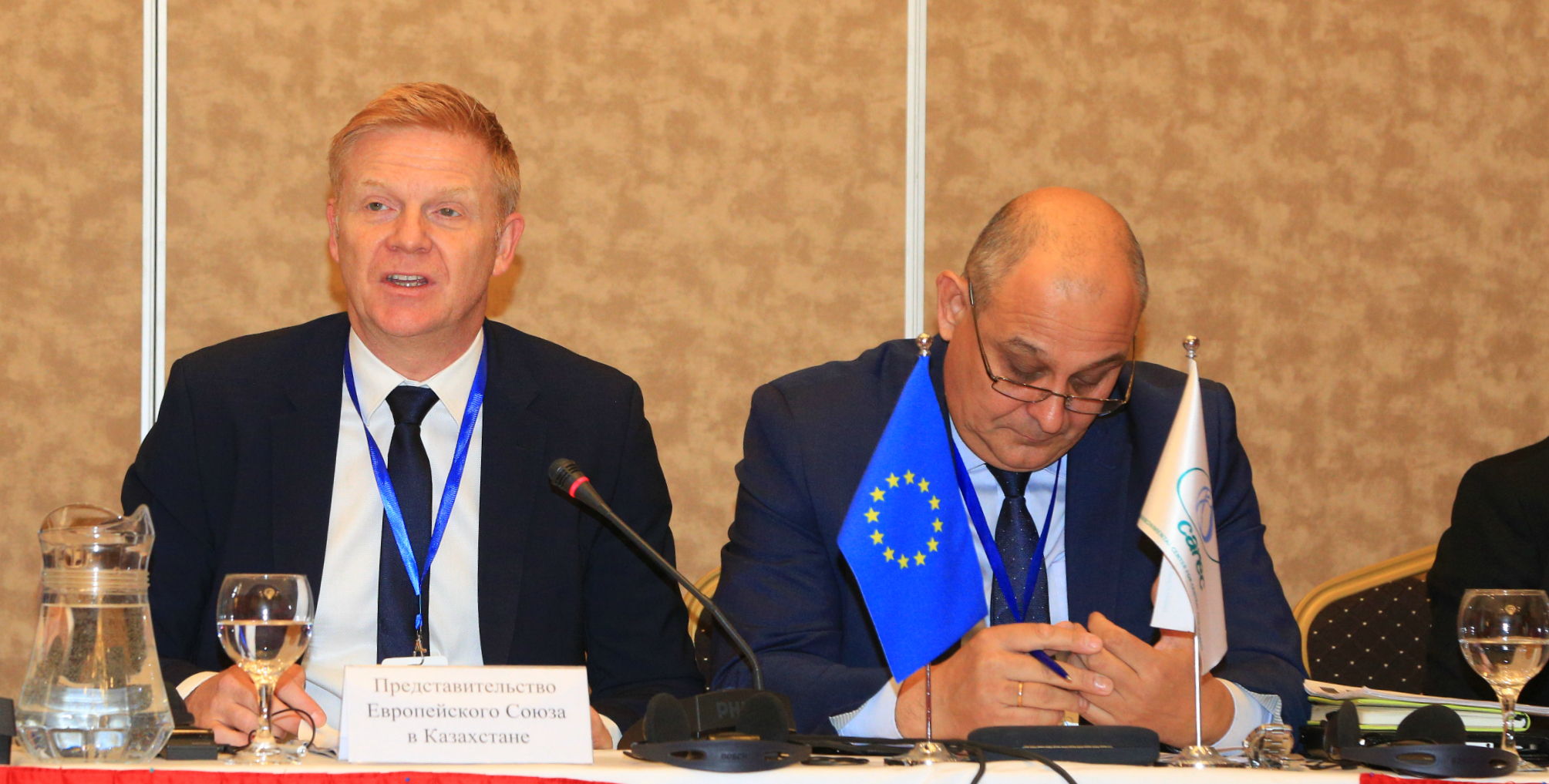 The address of the EU Special Representative for Central Asia, Ambassador Peter Burian was read at the opening by Mr Johannes Stenbaek Madsen, Head of Cooperation Section of the Delegation of the European Union to Kazakhstan:

«Within less than two years CAREC managed to organize several important events within this project significantly contributing to better understanding of the value of dialogue and regional cooperation in addressing together important challenges connected with climate change and responsible management natural resources, in particular, transboundary waters.

I dare to say that also thanks to this project there is a better atmosphere and more trust and confidence among countries of the region conducive to strengthening regional efforts and cooperation to mitigate rapidly growing impact of climate change in Central Asia.

This atmosphere and constructive approach to even the most sensitive issues was clearly reflected during the International Conference on Security and Sustainable Development in Central Asia in Samarkand[1] a few days ago where the participants reconfirmed their commitment to regional cooperation for strengthening security and stability of the region, recognizing the importance of rational and complex use of water and energy resources in Central Asia taking into account the interests of all regional states»

The project has been implemented by CAREC for two years with the participation of representatives of foreign ministries, parliaments, ministries and departments for water management, regional organizations of Central Asian countries. The main objective of the project was to increase the level of transnational and political participation in water and energy cooperation in the region. NEXUS in the title of the project implies the principle of interdependence of various water issues: energy, food security, water quality.

«However, I would like to underline one important thing: We can and we are ready to help, but at the same time we strongly believe the national ownership and regional leadership of all actions aimed at addressing these important issues in Central Asia are crucial elements of success for our endeavours and sustainability, » commented the EU Special Representative for Central Asia, Ambassador Peter Burian.

The project supported the holding of the Central Asian International Environmental Forum in Ashgabat, Turkmenistan. The event gathered more than 200 representatives of the state, scientific, international and public organizations working in the field of environmental protection and sustainable development, experts from 13 countries - Belgium, Hungary, Germany, Italy, Kazakhstan, Kyrgyzstan, Tajikistan, Turkmenistan, Uzbekistan, USA, Czech Republic, Switzerland, and Japan. The initiative has grown into a sustainable platform for a policy dialogue on environmental issues, and next year the forum will be held in Tashkent.

Within the framework of the CAWECOOP project, regular meetings of diplomats and parliamentarians of the countries of the region were held to discuss the principles of water diplomacy and study international experience with the participation of the Stockholm International Water Institute and the UN Regional Center for Preventive Diplomacy.

The map is also available online at http://riverbp.net/innovation/map-best-practices/

CAREC plans a mailing dedicated to the end of this project. For more information, please contact Nina Kumambetova nkumambetova@carececo.org

Recall that on November 22 the results of testing the "ecosystem approach" and ecosystem services in four pilot river basins in Kyrgyzstan, Tajikistan, and Kazakhstan will be presented in Almaty. This work was carried out within the framework of the project “Phase II: Support towards local initiatives on environmental governance and water resources management in CA” with the support of the Government of Norway.

In 2007, the Council of the European Union adopted the document "The EU and Central Asia: A Strategy for a New Partnership", which envisages the development of relations in the spheres of energy, education, security, and the development of legislation. However, the main shortcoming of the strategy was its comprehensive character with a low interest of the Central Asian countries, which affected the degree of its implementation.

At a meeting in Luxembourg on June 19 this year, the foreign ministers of the European Union countries agreed on the formation of a new EU foreign policy strategy for Central Asia by 2019[2], which will replace the version of 2007.

In this partnership, old mechanisms that have proven their effectiveness and initiatives will be preserved, and new ones will be created. The Council of International Relations paid much attention to specific problems of Central Asia, such as, for example, water shortage, unemployment, poverty, inequality, border protection. This strategy is supported by a significant increase in aid and contribution from the European Union.

Within this context, water resources management is an urgent and priority task. This is confirmed by both the EU strategy and the foreign policy rhetoric of the Central Asian countries of the last five years. There is also an understanding that water issues cannot be considered separately from issues of climate change, agricultural development, and others.

One of the significant results in this direction was the launch of the CAWECOOP project. Its main goal was to enhance transnational trust and political participation in cooperation in the field of water resources management.

[1] High-level partnership: an international conference on the security of Central Asia was held in Samarkand http://carececo.org/en/news/partnerstvo-vysokogo-urovnya-v-samarkande-prokhodit-mezhdunarodnaya-konf...