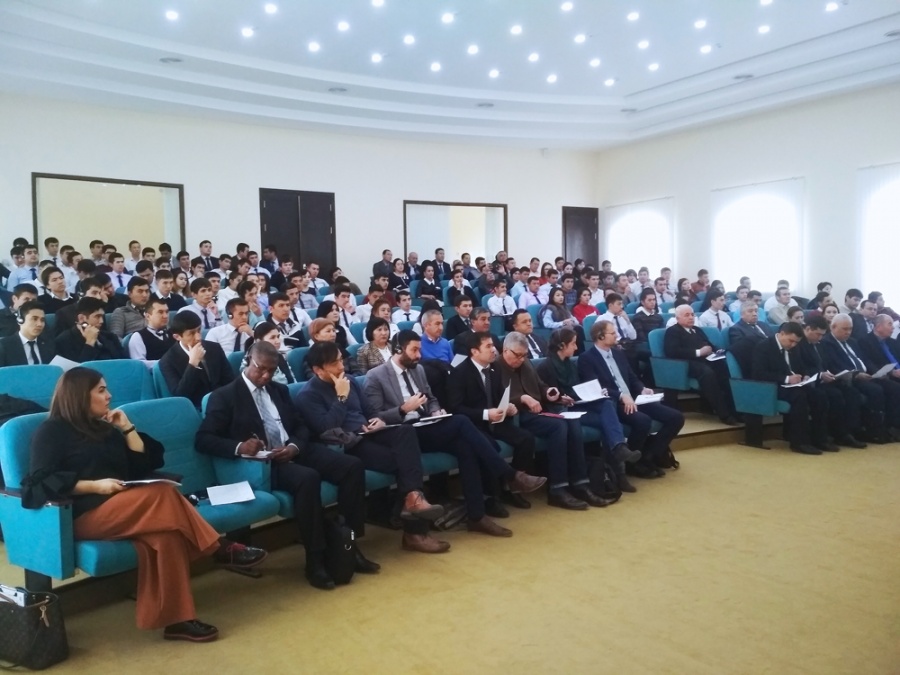 On November 22-23 Tashkent held a seminar on best international practices of intercountry water management and discussion of water cooperation in Central Asia.

The seminar was organized by the Ministry of Water Resources of the Republic of Uzbekistan and Swiss Agency for Development and Cooperation (SDC) with support from the Regional Environmental Centre for Central Asia and Tashkent Institute of Irrigation and Agricultural Mechanization Engineers. The event was held within the Swiss Initiative “Blue Peace Central Asia” and it is a logical continuation of previous events organized by Swiss partners on strengthening the dialogue on water cooperation in Central Asia. 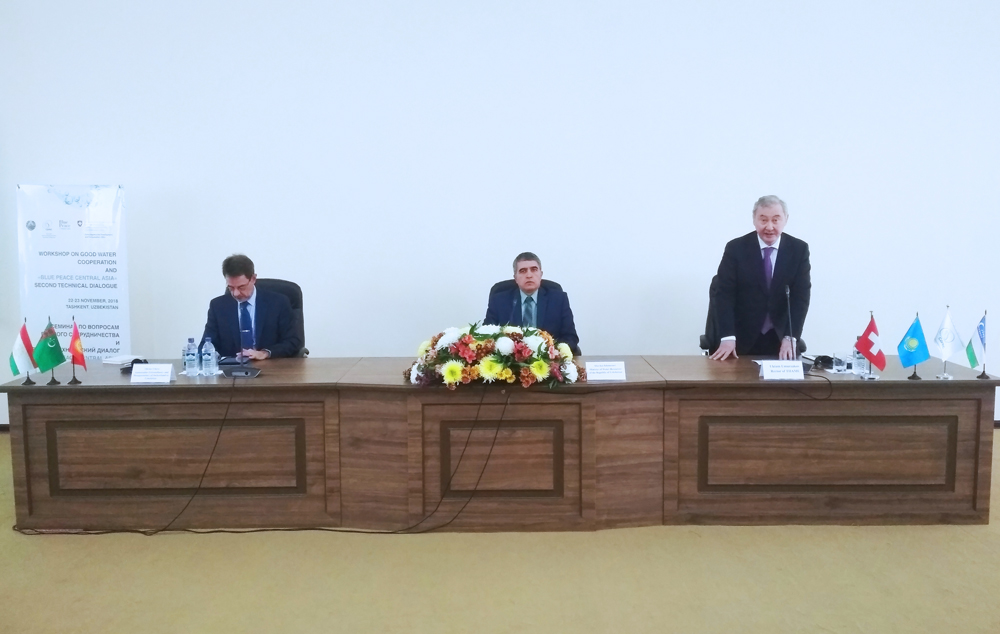 The opening speeches were given by the Minister of Water Resources of the Republic of Uzbekistan Mr Shavkat Khamraev, Ambassador Extraordinary and Plenipotentiary of Switzerland to Uzbekistan H.E. Olivier Chave, TIIAME Rector Mr Uktam Umurzakov, as well as the heads of delegations from Central Asian countries.

During welcoming notes, the Minister of Water Resources pointed out that one of the priorities of the foreign policy of the country is solving the issues of shared use of water resources of Central Asia. «Today, the policy of Uzbekistan follows the principle: find reasonable compromises instead of avoiding the issues. We are convinced that mutually acceptable mechanisms and principles for the joint use of water resources in the region will create sustainable long-term and trustworthy basis for solving existing and emerging water use issues in the interests of all Central Asian countries. In this regard, studying the experience of water cooperation on the basis of ‘sharing costs and benefits’ using the example of other countries will be useful in further to find the ways of solving transboundary water use,” noted Shavkat Khamraev.

The workshop was attended by representatives of ministries and agencies of Central Asian countries responsible for water resources and regional/transboundary cooperation, as well as representatives of SDC, CAREC, experts from Orange-Senqu River Commission, University of Geneva and others.

The first part of the event was held in TIIAME, it was focused on the best international practices of sharing costs and benefits based on the experience of such rivers as Senegal, Parana, Orange-Senqu. Also, young scientists, researchers, MA students and professors of academic and research institutes were invited to participate.

Presented experience and knowledge of international experts resulted in great interest of participants in terms of adaptation and implementation of similar cooperation mechanisms in the Aral Sea basin.

Then, the delegates of Central Asian countries held the second technical dialogue on “Blue Peace Central Asia”. The meeting was devoted to discussion of the implementation of the best practices and experience for the elaboration of mutually acceptable cooperation mechanisms on the use of water resources in the Aral Sea basin. Participants also exchanged ideas on the issues of developing the regional programme on the efficient use of Central Asian water resources.

“Switzerland is often called a “water tower” of Europe. Water originating from Switzerland flows through multiple flowing networks that connect us directly with 17 countries in Europe», mentioned Ambassador of Switzerland to Uzbekistan Olivier Chave. Mr Chave also noted that such interlinkages call for shared responsibilities in water management to identify and generate the best mutual benefits. This can be done in all respects of transboundary water management, including canal planning and river basin organizations, as well as concrete cooperation at the local level. «And we know from our experience that transboundary water management is not only useful, but it is also beneficial. Benefits from water cooperation in transboundary watersheds include better and fairer access to water and other basic services such as energy, generally better conditions for sustainable growth, leading overall to more trust, security on the regional exchange. Having such experience, the Government of Switzerland decided to support Blue Peace Central Asia initiative», explained Olivier Chave.

The Blue Peace initiative is a platform for high-level dialogue. It is implemented in several countries of the world and is aimed at transforming transboundary waters into a tool for building peace and strengthening cooperation. Based on more than 25 years of experience in cooperation on transboundary water management, Switzerland has initiated this joint dialogue in Central Asia.

This project is aimed to provide a dynamic platform with participation and involvement of all participants from countries of Central Asia. During the second technical dialogue, a special attention was paid to the exact instruments and approaches which can interest the countries of the region. In particular, the dialogue will strive for:

It was noted that the seminar is actual in terms of activation of the process and dialogue between the countries of the region. By the next technical dialogue, the parties agreed to meet with specific proposals for the regional programme on the efficient use of Central Asian water resources, and potential support for Switzerland in the framework of the BPCA initiative.